Can a Tasmanian in quarantine due to Covid-19 make a Will without any witnesses? Or by video recording? 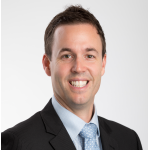 Whilst concerns and risks arising from the ongoing Covid-19 pandemic are causing some to review and update their Wills, how to validly execute those Wills in circumstances involving social isolation, or (in some cases) quarantine requirements may be a particular challenge to them doing so in a way that is legally valid and effective.

The starting point is that, Covid-19 notwithstanding, the formal requirements for the execution of Wills have not changed in Tasmania (yet).

The consequence of invalid execution is that the Will is invalid, and therefore of no legal effect.

The law has recognised for some time that the relatively strict formal execution requirements for Wills can give rise to injustice in circumstances where the Willmaker believed and intended that a document was to operate as their Will.    The Wills Act gives jurisdiction to the Supreme Court of Tasmania to dispense with those requirements and effectively validate an otherwise invalid Will in certain limited circumstances.

Examples of “informal wills” from decided cases include: a Will written on a brick wall; suicide notes; Wills approved but not signed by the Willmaker, and many, many Wills that were either not adequately witnessed, or that were not witnessed at all.

So, with the “boom” in the use of Zoom and other video conferencing platforms, can a valid Will be made by the Willmaker stating in a recorded video what they want to happen with their estate?   Is that recording a valid Will?  And can a person “witness” the signing of a Will over a video link?

A video recording, even if made in the presence of two witnesses, will not satisfy the requirements for a valid Will.    One or more of the required elements noted above would not be satisfied – for example, the Willmaker has not signed the document.    In relation to witnesses to signing over video link (and putting to one side whether a witness over a video link is “in the presence” of the Willmaker) the requirement for those Witnesses to sign the Will would be missing.

The question is then whether and when a video recording can be admitted to probate as an “informal will”?

In Queensland, a video originally recorded on an iPhone has been admitted to probate as an informal will in the recent case of In The Estate of Leslie Wayne Quinn.    Mr Quinn recorded a video on his iPhone recording his wishes for the disposition of his property after his death.   He showed a copy of it to his wife.   He then committed suicide about four years later.    The “original” recording on the iPhone could not be accessed, due to the access being password protected.   However, a copy of the video was found on the hard drive of Mr Quinn’s computer, where it had been automatically synced from his iPhone.

The content of the video made by Mr Quinn was clearly “testamentary” in nature.   Mr Quinn said in the video that it was his last Will and was specific about who was to receive which items of his property in the event of his death.   The Judge held that the video constituted a “document”, and that Mr Quinn intended it to operate as his Will, and applying the Queensland provision broadly equivalent to those that apply in Tasmania declared that the copy of the video constituted Mr Quinn’s Will.

It can therefore be possible for a video to be admitted to probate as an “informal will”.    Having the making of the recording witnessed by one or more witnesses may provide crucial evidence in support of an informal will application.    However, some form of recording will be required to constitute the required “document”.

It should be noted that “informal Will” applications of this sort require a formal Supreme Court process, which if defended will involve considerable expense, and even if undefended will in almost all cases be more costly and difficult than an application for a Grant of Probate where the Will has been validly executed.    There is also a real risk that an informal will application may not be successful.

The best approach will usually be to take all reasonable steps to execute a Will in accordance with the required formalities.   If circumstances do not permit that, for example, if quarantine prevents two witnesses being with the Willmaker, or the Willmaker’s medical condition requires urgent signing not allowing time for witnesses to be arranged, then legal assistance should be sought to execute the Will “informally”, but in a manner that to the best extent possible in the particular circumstances leaves clear and readily useable evidence to support an informal will application, if later required.   A Willmaker who makes an “informal will” should, as soon as possible, execute that Will again in accordance with the required formalities.

Of course, making a Will by video recording carries other risks in addition to not meeting the formal requirements.    These include: the meaning of what the Willmaker says being unclear, or in parts contradictory; the Willmaker failing to dispose of all of their willable estate; and the Willmaker not providing adequately for important mechanical provisions that their Will may need, for example, workable provisions for trusts for minor beneficiaries.

It should also be noted that beneficiaries of a Will should not witness that Will, as doing so risks the gifts to them being invalid.

Interestingly, NSW have recently changed the formal requirements for the execution of Wills to temporarily allow Skype, FaceTime, Zoom and even WhatsApp to be used for virtual witnessing of documents while the COVID-19 pandemic continues.

It remains a requirement of Tasmanian law that a Will be executed in accordance with the required formalities for that Will to be legally valid.   Wills that are made “informally”, including those by video recording, or that lack the required witnessing, risk invalidity, or, at best, will give rise to increased effort, complexity and cost to obtain a Grant of Probate after the death of the Willmaker.   The ongoing situation may make it practically more difficult for Willmakers to execute their Will, and expert legal advice and assistance should be obtained.