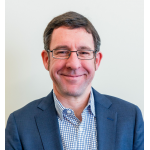 Having moved to Launceston after first starting his law career more than 20 years ago, Simmons Wolfhagen director Sam Pratt is now showing a new generation of solicitors the benefits of a regional law posting.

In 2019, the Hobart-based law firm Simmons Wolfhagen Lawyers, set about expanding their footprint in the North – hiring up a bevy of new talent and renovating their new office at 45 Cameron Street, Launceston.

“In Tasmania, the further North you go, the harder it can be to attract people, but there are great benefits to working as a lawyer in more regional areas,” he said. Mr Pratt went on to note that, given the smaller operations in regional firms, early-career lawyers are much more likely to experience more varied and client-facing jobs earlier on in their careers.

“At some of the bigger city firms you can get pigeon-holed quite quickly. However in the last few years, the regional areas have become more attractive. You also don’t have the traffic and the issues associated with bigger cities,” he said.

That’s certainly been the case for one of the firm’s recent hires, solicitor Jonathan Wong, who moved up to Launceston in 2020. Having lived in Hobart and other busy cities in the past, Mr Wong has enjoyed the change of pace. “In the bigger cities the pace can move a lot faster. Whereas here, you do get a bit more of that work-life balance,” he said.

To speak with Simmons Wolfhagen Launceston team about any legal matter or discuss kick-starting your legal career in Tasmania’s north, call 03 6338 2390 or for our Hobart office call 03 6226 1200.